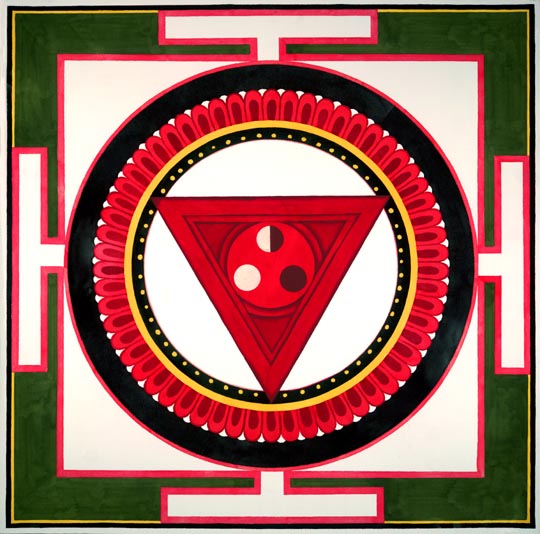 This yantra brings forth the living energy of the Siva/Sakti relationship. Siva is the great ascetic god (not unlike the Greek god Cronus. or Saturn) who wounds in order to heal more deeply. His consort, Sakti, manifests the kinetic power that is the foundation of all life. Siva manifests consciousness and is the paradigm of meditative quiet and unshakable stillness. And paradoxically, his acts are frequently disconcerting and unpredictable. Nevertheless, he is beautiful, ultimately beneficial, and healing and thus an object of intense devotion. In this work, Siva appears as the white bindu and Sakti as the red within the primal triangle symbolizing their essential unity. The essence of Tantrism is the record of the stream of dialogues between Siva and Sakti.