“Enter into my Chapel,
Accept my calm effulgent light:
The Void of transparency.” 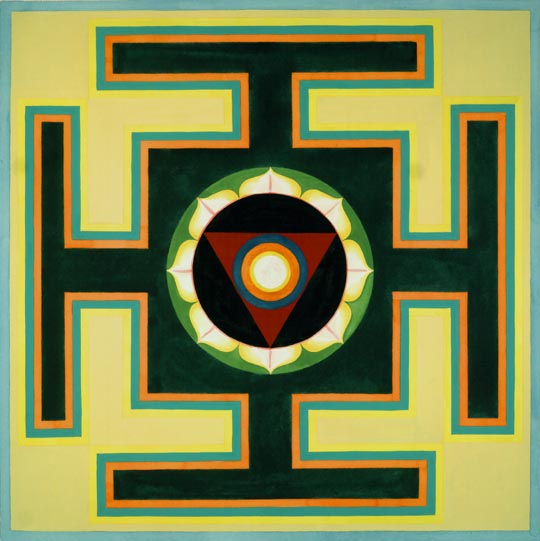 Chinnamasta is said to represent spiritual accomplishment and the control of the up-rush of kundalini power. She probably originated from Tantric Buddhism where she was known as Chinnamunda or as a form of Vajra-Yogini. Her iconography is very powerful. She is shown having decapitated herself while standing with her head in one hand as streams of her life’s blood is nourishing two attendants standing on either side of her. While this seems a violent image, to remove the head is a symbol of the control of the ego-mind with its endless stories and chatter. Thus it can be seen as a powerful aid to spiritual advancement.